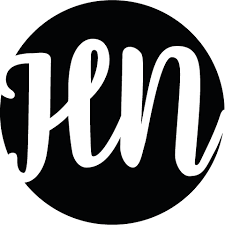 How Novel is a UK based business that provides a book subscription service. Traktion was asked to help improve their paid social performance. The initial challenge was to bring the average cost per purchase down while maintaining average customer lifetime value in order to increase the profitability of ad performance. There were some key obstacles to overcome. Firstly, as we emerged from the pandemic behaviour was starting to return to pre-pandemic normality and that meant a shift away from pure online to physical stores too which impacted the performance of this online business. Second was the challenges posed by the Apple privacy changes which had impacted ad performance.

For this project we matched one of our top Meta Ads experts Ross. Ross has 8 years experience in Facebook ads. He’s worked across a variety of verticals but focuses his efforts mainly on eCommerce brands. His unique approach to audience discovery and data driven targeting has enabled him to create headroom where other people struggle.

Ross began by reviewing their Meta account as well as Google Analytics for any obvious optimisation opportunities. He then tackled ad structure to re-orgnanise the account according to best practices. He then overhauled creative identifying new more engaging formats. Finally Ross also reviewed the audience data and how it was being deployed - changing how the lookalikes were built. The final step was to change the budget allocation on a weekly cadence.

Ad engagement improved significantly in a short period; CTRs went from 1% to 2.62% . Within a few weeks we were also able to bring the CPA down £15 below the target. Thisfigure was from the Meta ad account so doesn't take into account anyhybrid modelling or iOS drop outs which would likely improve results further. In addition sales volumes were up, even during the traditionally weak summer period.

We are on hand to match you to your perfect marketer